Pops on the Porch 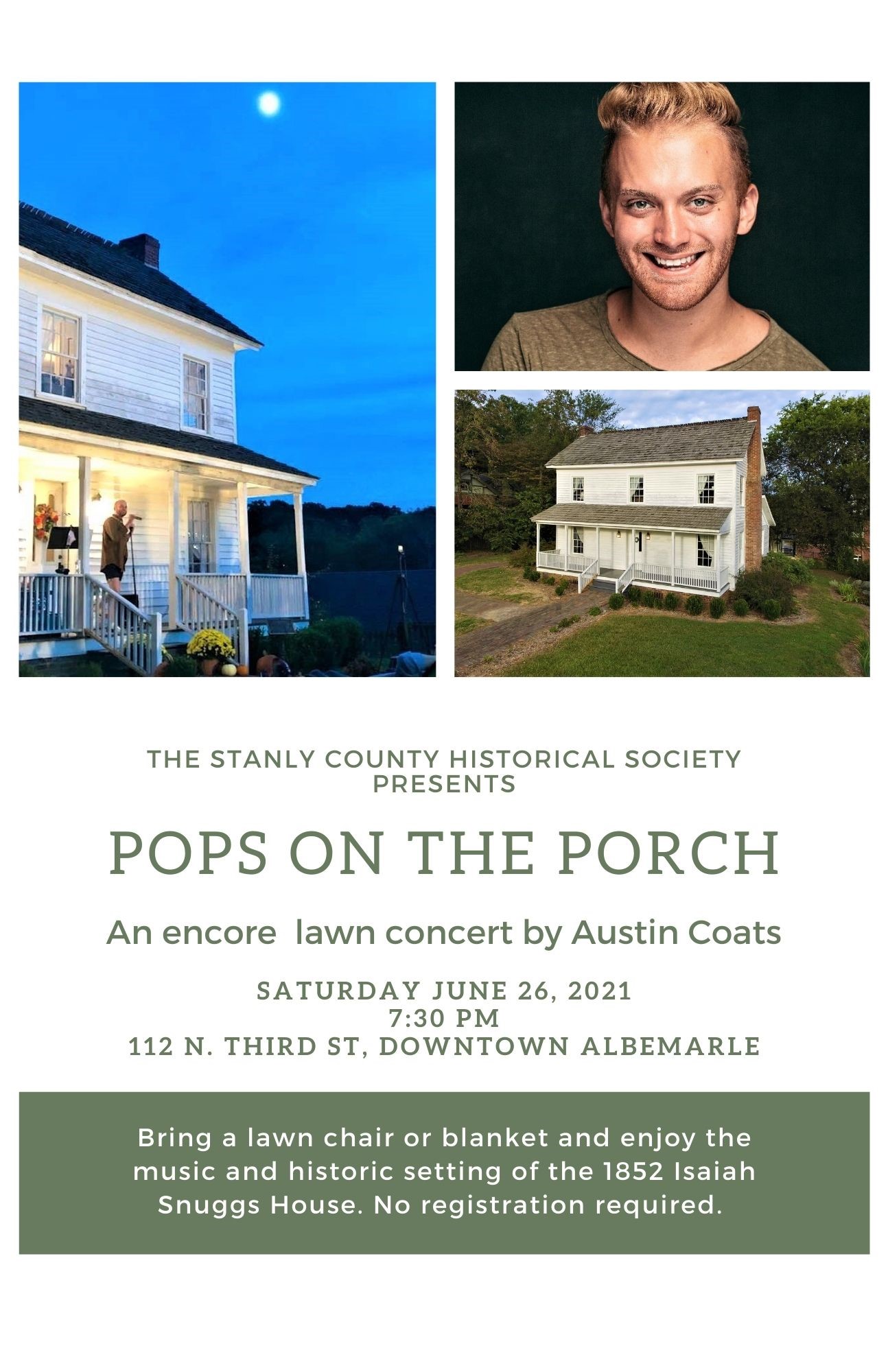 An encore lawn concert by Austin Coats at the Historic 1852 Isaiah Snuggs House. Bring a lawn chair or a blanket and enjoy the best tunes from the 50’s to current pop tunes. At 18, Coats moved from Albemarle to New York City and earned a BFA in Commercial Dance from Pace University. Since then he has performed around the world in more than 50 countries and five continents with various cruise lines as both a lead singer and dancer. He has performed for Tony and Emmy Award winners such as Andy Blankenbuehler and Mandy Moore, and Warren Carlyle at the Astaire Awards. He has also performed in musical theatre in shows such as “Cats,” “Chicago,” “Mamma Mia” and “Anything Goes.” His latest work was as the lead singer in the inaugural cast of two shows based in India and Dubai.
Coats is relocating to Nashville to further pursue his musical career. Coats can be found on social media at WAustinCoats and on YouTube: youtube.com/WACoats