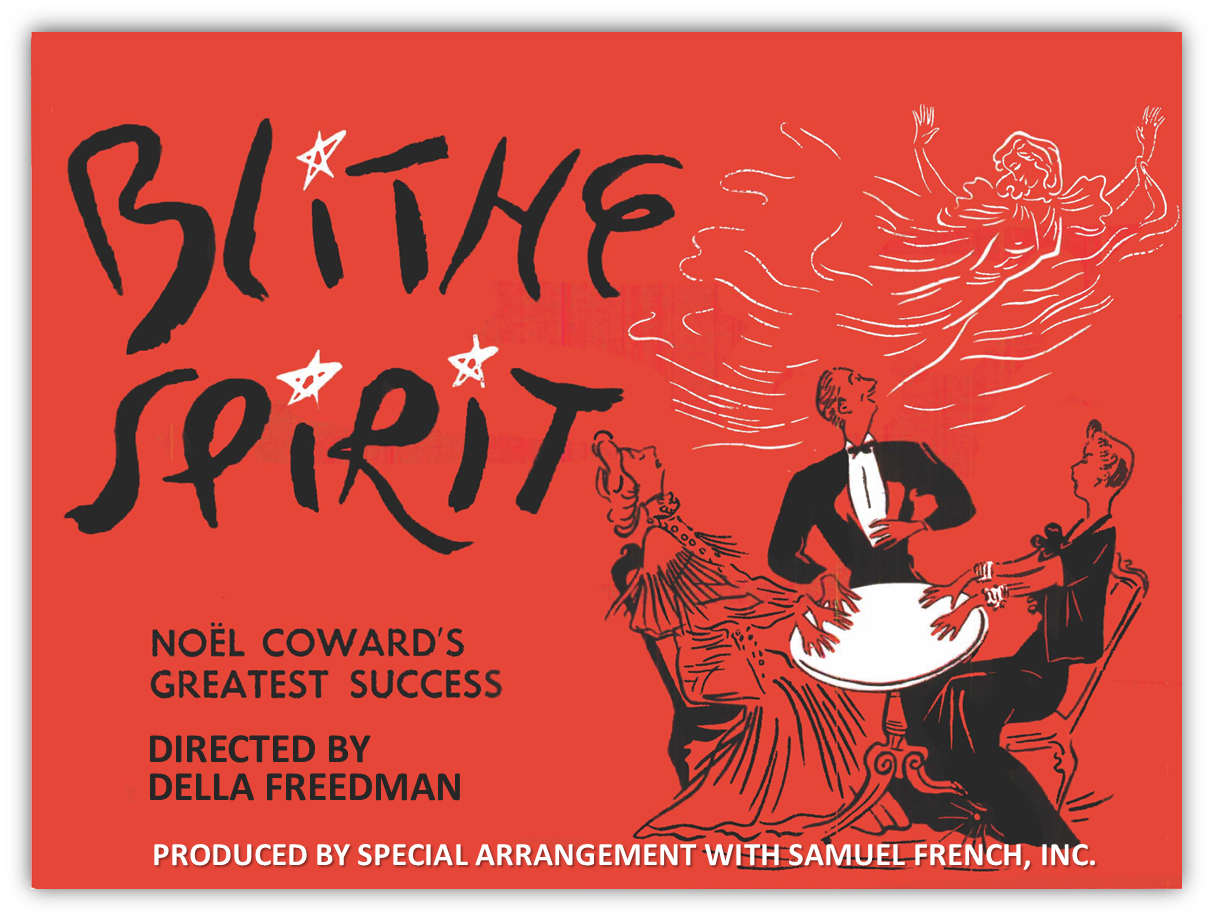 A smash comedy hit of the London and Broadway stages, this much-revived classic from playwright Noel Coward offers up fussy, socialite novelist Charles Condomine, who is re-married but haunted (literally) by the ghost of his late first wife, the clever and insistent Elvira. Elvira’s spirit is accidentally called up by a visiting “happy medium,” one Madame Arcati, and soon clashes with Charles’ second (and very much alive) wife, Ruth, who can neither see nor hear the ghost. All the characters find themselves rather “spooked” by their situation, and the seemingly benign events surrounding the séance quickly turn into a farce of supernatural proportions!