West Stanly Players present “Daddy’s Dyin, Who’s Got the Will?” 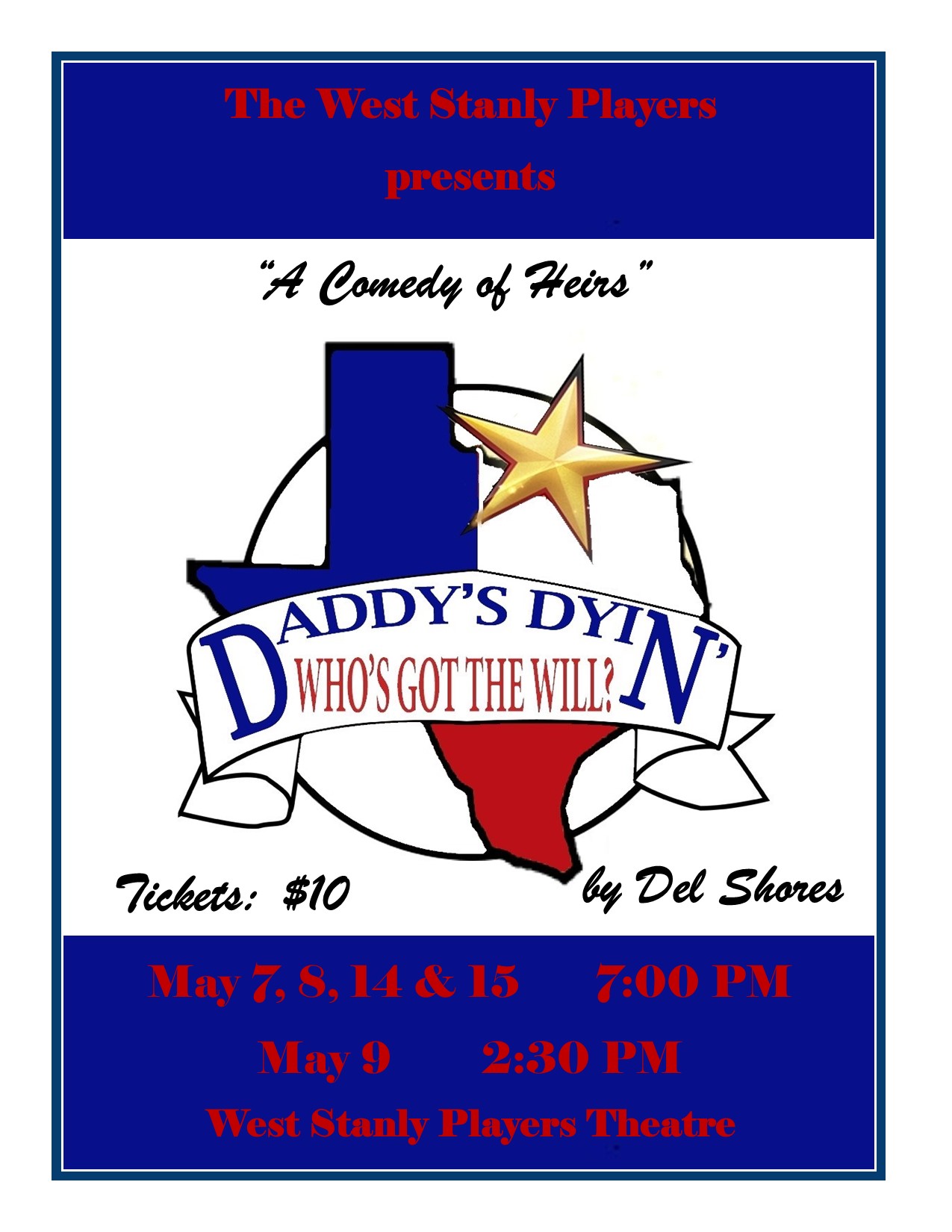 Daddy’s Dyin’ takes place in the summer of 1986 in Lowake, Texas, and follows the adventures of the Turnover family as they try to settle their dying father’s affairs before he inevitably kicks the bucket. The problem is, that he has misplaced his will, and it is up to his four children to find it. Unfortunately, they are less concerned about the will, and more with bickering amongst themselves about who wronged whom in the past. All of this leads to a hilarious adventure that reminds us how special and difficult family can be.

In addition to the feature presentation, the WSP will also present short scenes from two other beloved classics from the past, 1972’s Picnic and 1992’s Steel Magnolias.

This year, in honor the Players 50th anniversary, they will pay tribute to a past production by presenting the hilarious Texas comedy, Daddy’s Dyin, Who’s Got the Will, originally performed in 1991. Although a live audience will be returning to the WSP theatre for first time since 2019, it will not be just business as usual. Gov. Cooper’s Executive order 204 allows theatres to reopen at 50% capacity while following Covid-19 guidelines.

“I am very excited for my students to return to the stage for a live audience and I am also incredibly thankful to Dr. Dennis and the SCS School Board for giving my seniors this opportunity,” says Wes Tucker, long-time director of the WSP. “Things may look a little different this year than in the past put the hard-work and professionalism that has been associated with the WSP for 50 years has not changed.”

One of the major changes for this show is that all performers and audience members will be wearing masks. In addition, to help with social distancing, every other row will be blocked off. This will keep audience members six feet apart as well as reducing the theatre to 50% occupancy.

“The students have been working diligently using their voices and eyes to overcome the obstacle of performing with masks,” says Tucker. “The safety of our audience and students is our number one concern.”