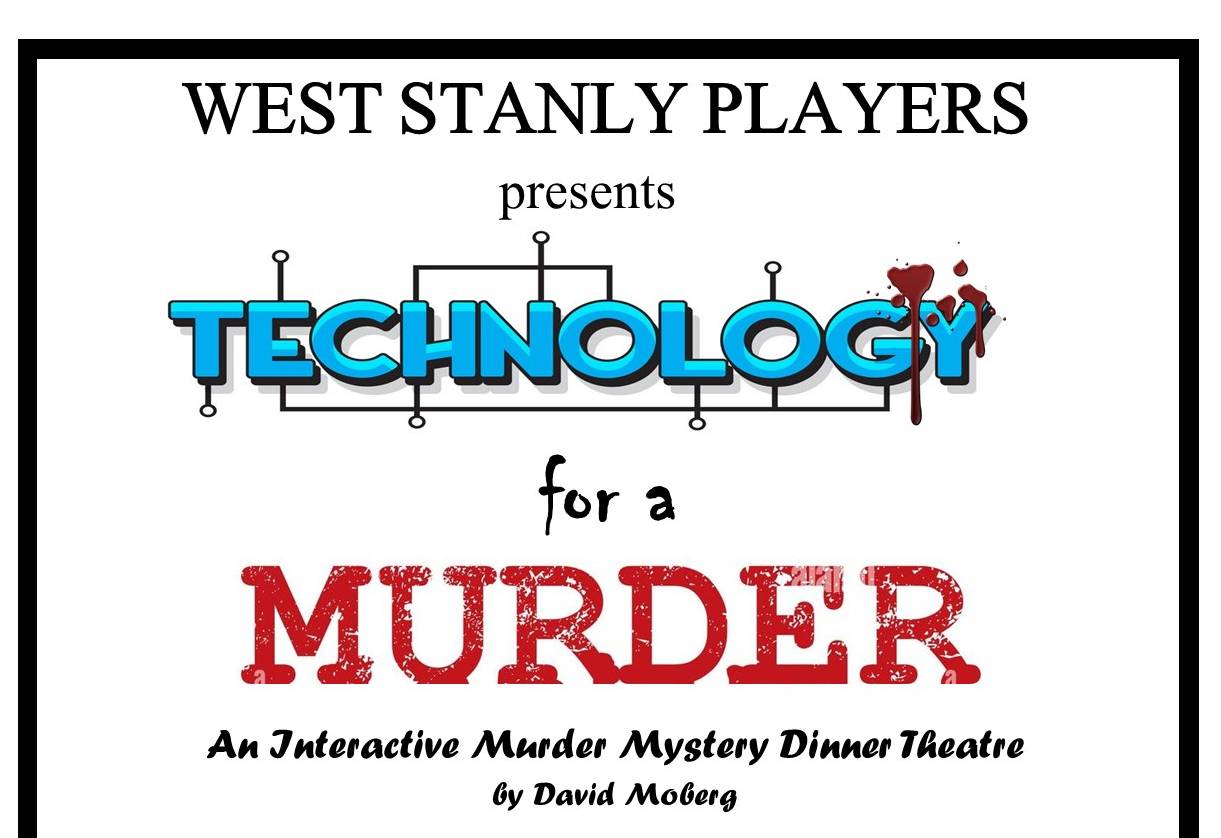 The West Stanly Players will produce Technology of a Murder, an interactive murder mystery dinner theatre on November 19 & 20 at the Oakboro Music Hall beside of Los Jacubes in Oakboro and on December 3 & 4 at Tiffany’s at the Boardroom in Albemarle. Tickets are $25 each and include a 3 course meal and the show.

“We are very excited to be able to perform our murder-mystery dinner show again this year,” says WSP director Wes Tucker. “This is a great opportunity for the audience to come have fun, enjoy a great meal, and a hilarious evening of entertainment.”

The Players presented their first interactive murder-mystery in 2004 and they have become one of the most popular and most requested types of plays the group produces. The format allows audience members to not only enjoy the show, but to actually participate throughout the performance. Many audience members are considered suspects while others are given opportunities to interrogate the actors. At the end of the night, some lucky audience member who follows the clues and figures out “whodunit” wins a prize.

The evening features two mysteries. First, while audience members are enjoying their salad they are welcomed to Café Murder, the appetizer round. Many first-time performers are featured in this short, but hilarious mystery about a group of very eccentric sisters celebrating a birthday at the infamous Café Murder. Then, while the entree is being served, the audience is treated to the main course featuring many veteran actors, Technology of a Murder. A twisted tail about shifty seductresses, crafty conmen, shameful scientists, and a host of other shady characters, where no one is who they seem and everyone is a potential suspect in a multi-layered murder.

In addition to the show, the evening also features and outstanding three course meal in both locations. The meal includes salad, an entrée, dessert, and a beverage; all served by the West Stanly Players waitstaff.

Tickets for the dinner theatre are $25 per person and include dinner and the show. The doors open at 6:15 pm and the show starts at 7:00 pm each night. Tickets must be purchased in advance and seating is limited. To reserve your table, call April Tucker, 704-791-3200. 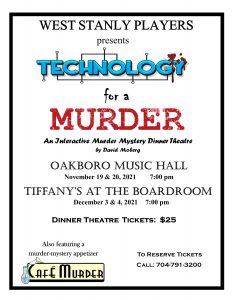